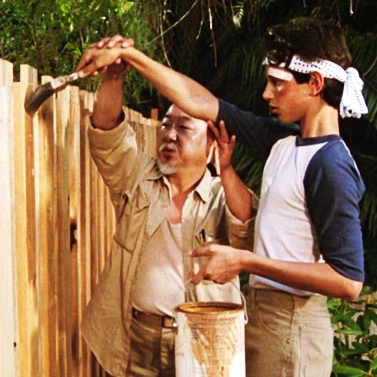 Could you imagine what it would be like if you actually had to earn your fitness program?

I’ve always thought of ways to make a system of fitness that allows people to earn different levels of achievement. Literally, since my first business of opening a CrossFit gym in Edmonton Alberta 15 years ago, I wanted to create measurable levels of fitness and programming that people could earn.

The idea stemmed from my days in martial arts. Having achieved a 3rd degree blackbelt in TaeKwon Do, I saw a value to having different ranks you could work towards in fitness as well.

The challenging part is that fitness has never been set up this way.

We don’t ever think of needing to earn our fitness, we just get out there and get our sweat on. We can do anything we want at any time.

In that sense, fitness is kinda the opposite of martial arts. The industry does so much to make fitness as easy as possible and for anyone to do. So easy in fact that they never actually do it… (but that’s for another article)

Which sounds like a good thing, but is it?

Because you can access it anywhere, do it at any time and can even just buy a program at any level, I think that lowers the value of actually attaining a high level of fitness.

I think the idea of having to earn higher levels of fitness would make it more exclusive. It would make it something that people would put a little more dedication and effort into achieving.

If they were handing them out down the street or you could go buy a black belt any time you want, it wouldn’t mean much. I guess you probably can do that somewhere… but the purchaser would know that it doesn’t mean shit about their skills. They (hopefully) know that if they fought another black belt they wouldn’t stand a chance.

Because they didn’t earn it.

They didn’t practice, work hard and develop the abilities that come with attaining the black belt.

Now, what if the same was true with fitness? And more specifically, reaching higher and more advanced levels of fitness programming?

What if you couldn’t just do any program you wanted, but you first had to master the basics of blocking, punching and kicking?

Wax on, wax off anyone?

I hope reading this is triggering a little spark in the back of your mind. Maybe you’re starting to consider it and think “hmm, maybe this Chad guy is onto something”.

Or maybe you just think I’m nuts and you’d rather just have your dream of being able to get a black belt any time you want?

Well, I’ve thought about it for at least 15 years now.

I’ve thought about it, I’ve written about it, i’ve made plans to create a system for it, and I’ve decided I’m going to do it!

Over the next few months Inspiyr Fitness Mentoring will evolve to have more earned levels of fitness. It’s already implemented in my Mentoring Service but I’m going to engrain it into every part of what I do. Programming options, consultations, and even nutrition.

There will be plenty of fundamental programs, articles, and ebooks for those who need to build up a foundation first, but in general my mentor coaching services will be available to only those who earn it.

I believe earning a black belt in martial arts is worth it. I also believe being a sensei of your own health is worth it too!

It’s time to earn your fitness!

1 thought on “What if you had to Earn your Fitness?”